In 2022 the world’s biggest carp angling competition, the IBCC was once again held in the spring. Last year the first carp of over 30 kg of the history of the competition has been caught and we were looking forward to see what Lake Balaton holds for the competitors this year. I can tell you in advance that records have been broken this year, too, and what kind of records!

This competition is not just about angling, it is about so much more. A lot of people work in the background to make sure that the best possible conditions accompany the event, putting great emphasis on the cooperation with the organisations affected, the fairness of the competition and the equal conditions for angling.

It is important to know that the IBCC is a unique angling competition in the world. Not only because of the number of teams competing and because it is held on Lake Balaton with its 60.000 ha, but also because a whole media staff of 30 people work during this period of more than one week. They work every day from the morning until the evening in order to magically bring the most decisive and most exciting moments onto the screens and to let the whole world know the beautiful and huge carps of Lake Balaton. The competition has a unique communication platform, the members of the professional staff travel around the shores of Lake Balaton all day, every day. 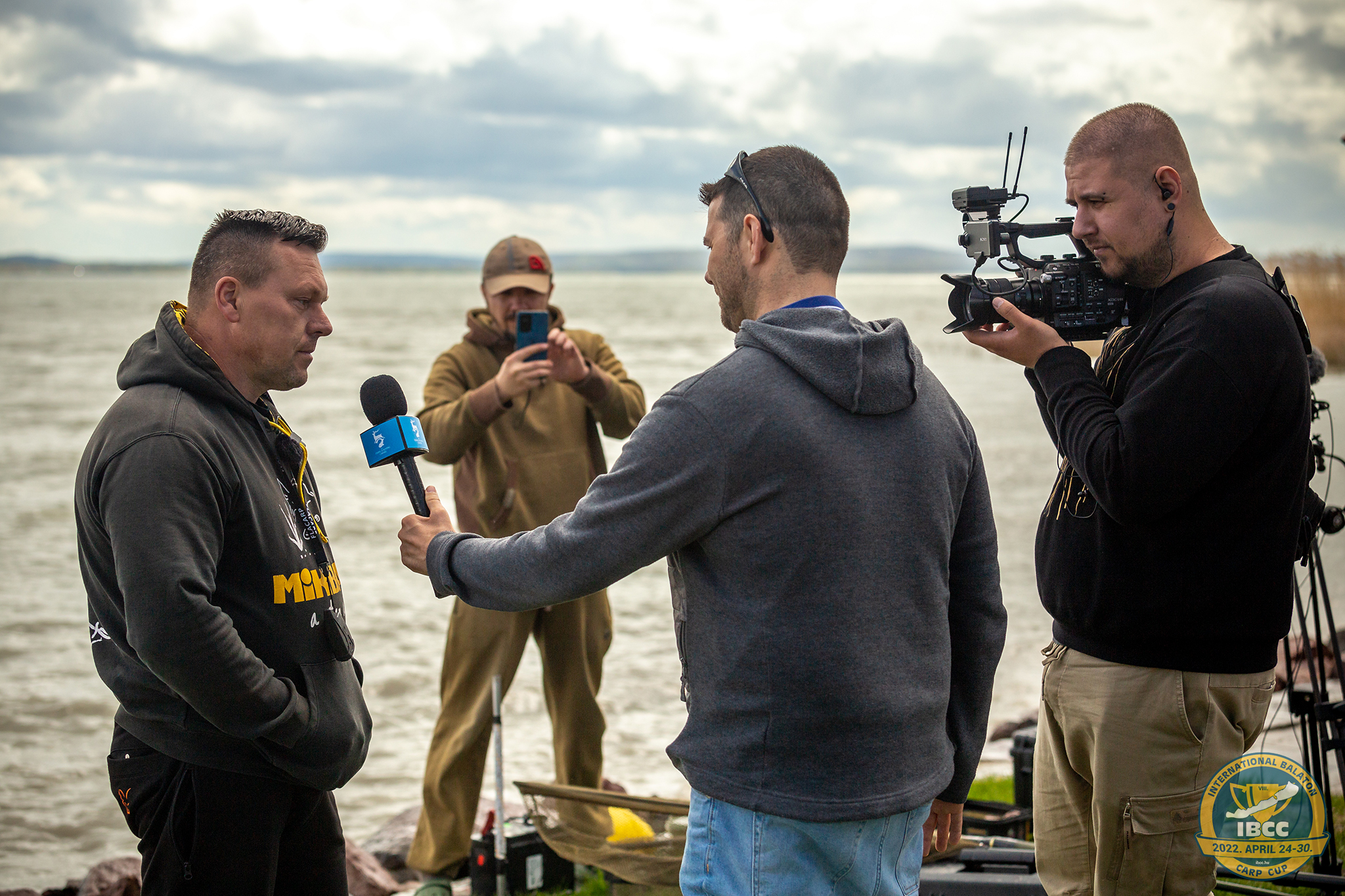 They shoot meaningful interviews with the competitors, film the biggest catches and the most important happenings. You can watch these live during the day on our Facebook page and every evening we have a nearly ninety minutes live show broadcasted on the Fishing&Hunting channel in Hungarian, English and Romanian languages. The best moments of the IBCC can be enjoyed in approx. 20 million households, in 9 countries, in front of the TV-screens. 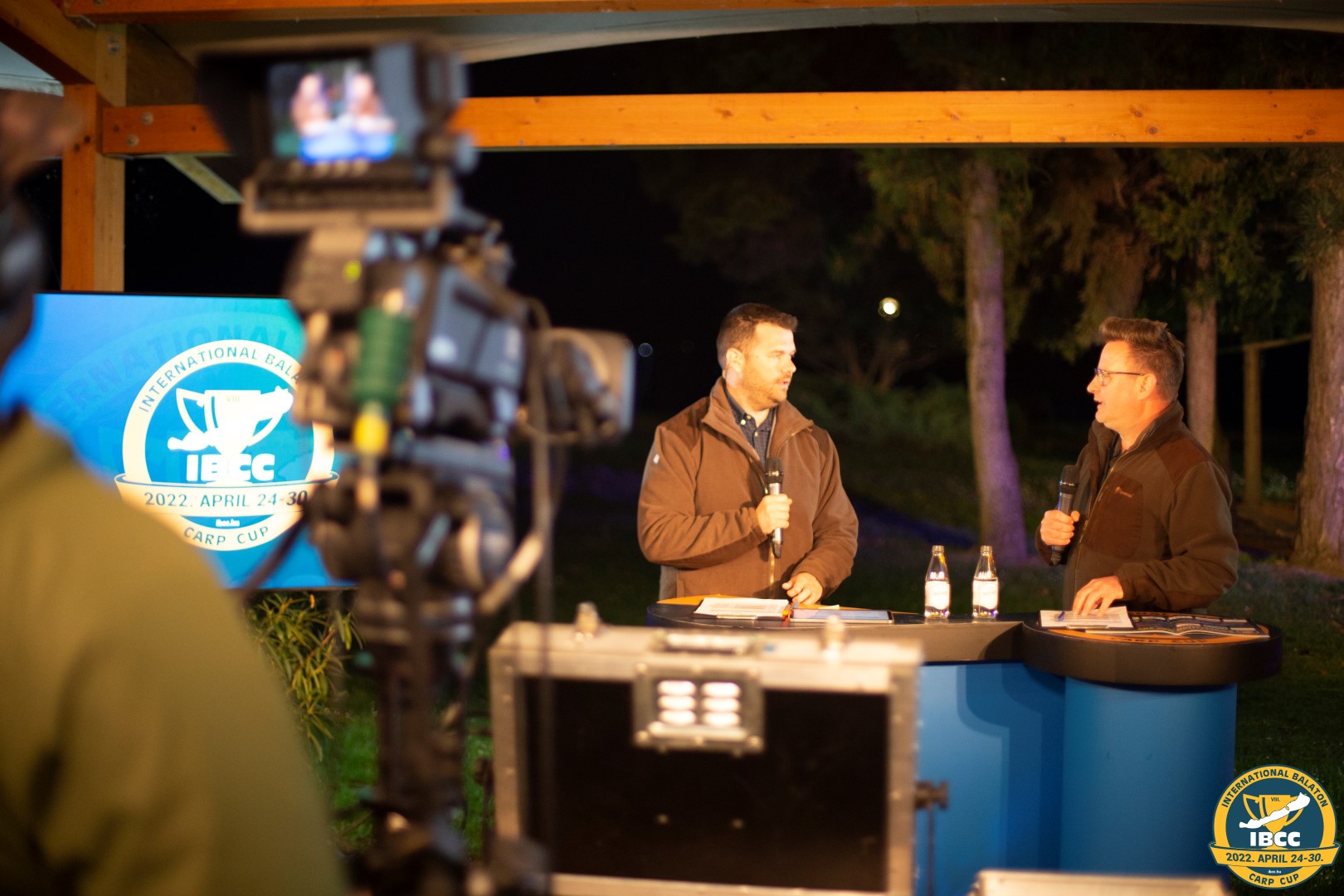 The competition venue is divided into several sectors and the top 3 teams of the sectors are also awarded.  One team can consist of 4 members, of which 3 can be full members and they can fish with 4 rods. Besides the angling rules the competitors have to comply with a strict set of regulations, centered around the protection of the lives of fish and people. In the IBCC every carp of over 5 kg is a valid catch which is counted towards the total weight and there is a separate competition within the competition, the “TOP 5” category where the biggest fishes caught by the team are evaluated. We think that this is a great decision, since it adds more colour to the competition and also makes the teams fish tactically. It is possible that at a particular spot they have smaller specimens between 5-10 kg and they can catch a fair amount of these regularly, but it can also happen that there is less fish in front of the team, but they are bigger ones. In the latter case it is advisable to “go for” the biggest ones, because in this case they will have better chances for a podium place in the “Top 5” competition. The first and happiest moment for us is when the teams arrive to the competition centre at Club Tihany with their sparkling eyes and excited like children. Where is the fish now? Which area will prove to be the winner? It added a little more twist to the draw that the teams had the possibility to throw back the spot drawn, but they had to make a very quick decision. There were lucky teams and not so lucky ones, too. 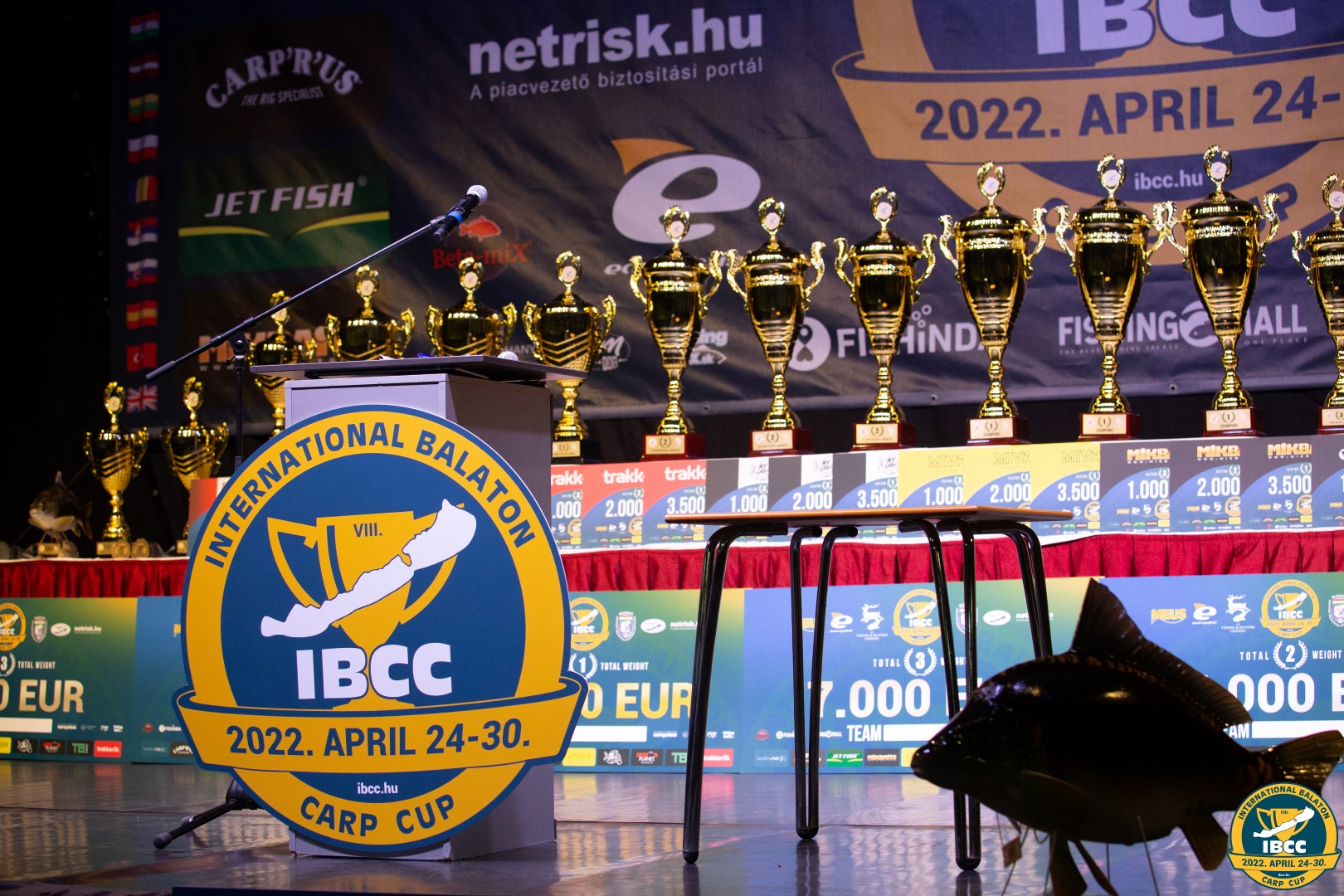 240 teams from 26 countries have put their 960 end tackles into all three basins of Lake Balaton. There was a lot of guessing before the start whistle from teams, organisers and experts… Will the top 3 come from the favourite spots or will there be a surprise spot? And there sure was! 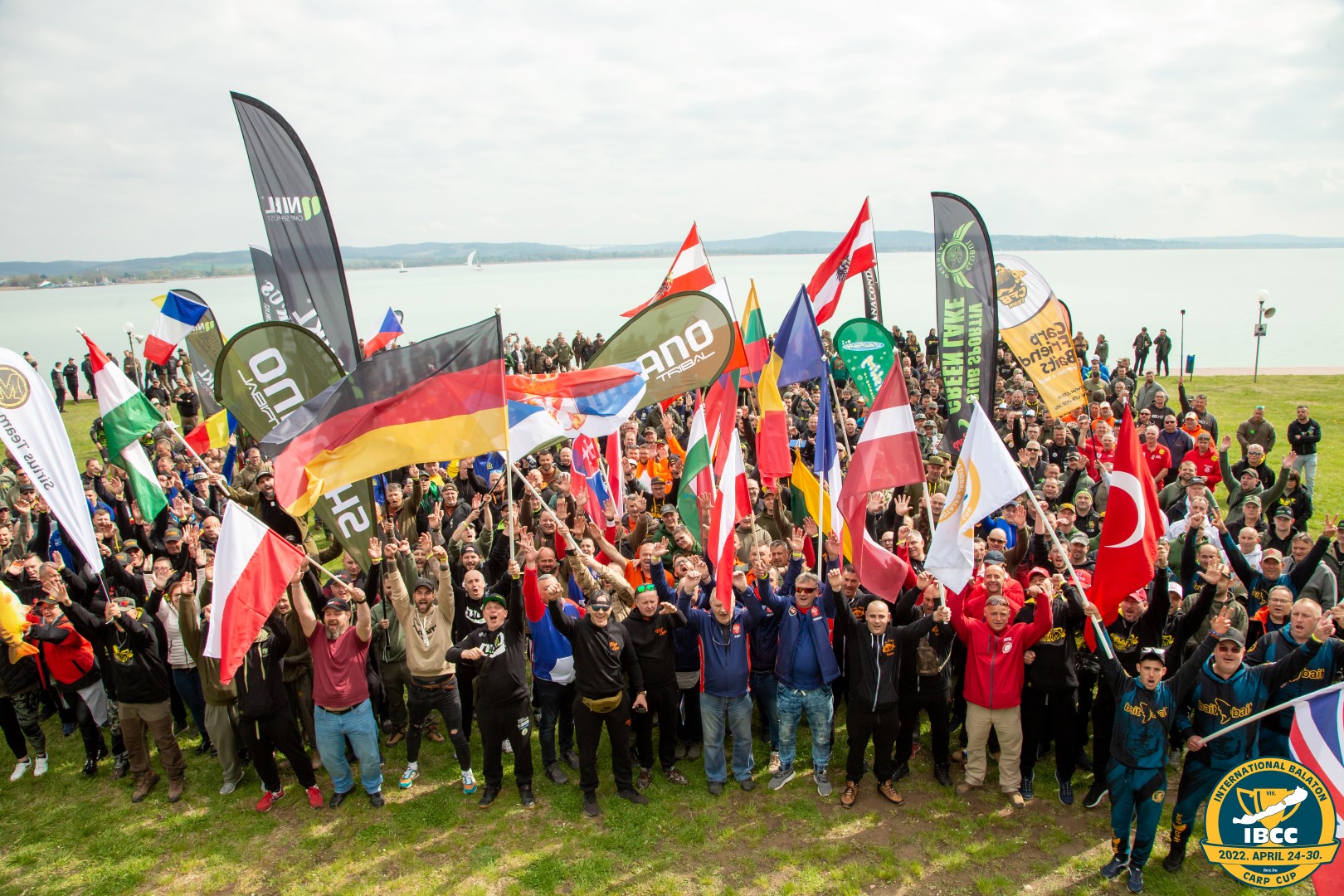 The “innovative” measure of the VIII. IBCC was the introduction of the GPS-system. This greatly contributed to the strengthening of the fairness of the competition. With the help of satellite technology it is clear to define the four points, within which the teams can fish in sectors of equal sizes and within these four points they are allowed to use their boats after the boat check. The maximum distance for placing the rigs was 500 m on both the northern and the southern shores. 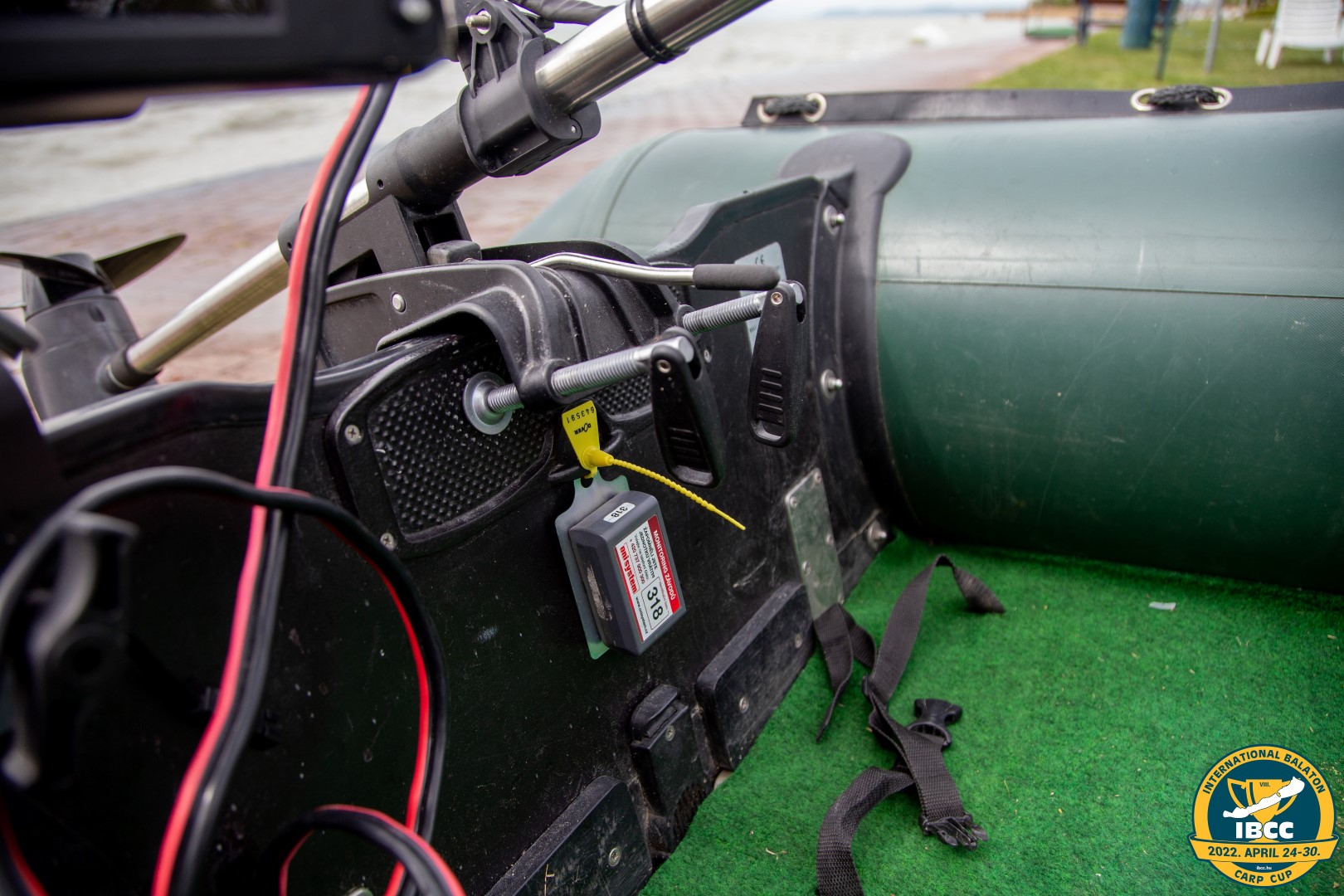 The competition started on Sunday at noon with a second level storm warning. The teams were not allowed to get into their boats, so they tried casting. The teams managed to profit from the windy weather, soon the carps over 10-15 kg arrived. On the morning of the second day, in less than 24 hours we had a total catch of over 2 tons and several specimens over 18 and 19 kg. By then it could be seen that the Eastern basin will do its best. The area mentioned above is considered an area of Lake Balaton which is poor in foodstuffs and therefore in previous years it did not produce exceptional results. On the third day the first common carps over the dream boundary line started to appear and on the Northern shore of the middle basin we also weighed a wonderful 26+ kg common carp. 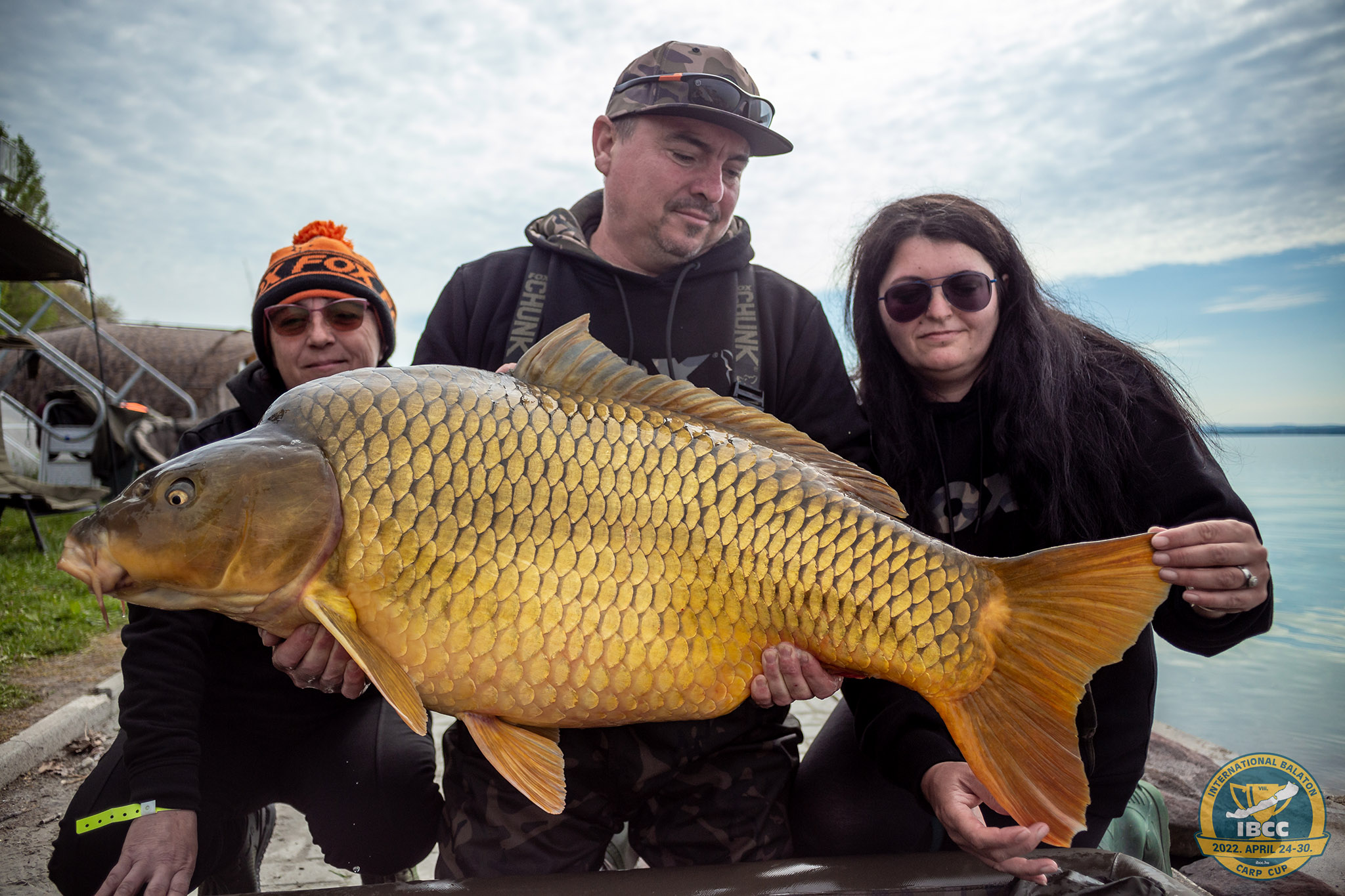 Nearing the halftime of the competition the team Kerio Baits from the Northern shore of the Eastern basin was leading with a considerable margin and they kept on catching the weighable carps one after the other. It is important to note here, why the eastern area of Lake Balaton had so many fish, unlike in the past years. The fish stock is developing continuously, more and more common and mirror carps swim in the Hungarian Sea (as Lake Balaton is often called) and these fish do constantly move around. A 25 or 30 kg carp shows a territorial behaviour, living in a limited area, but most of them swim around the whole of Lake Balaton from time to time. At the time of the VIII. IBCC a great number of them was in the Eastern basin. Everyone expected a good result from the forest in Balatonszentgyörgy, based on the winning performance of Starbaits Slovakia in 2018 in the spring with a total catch of 1316 kg. On the fourth day the cold weather arrived with a lot of rain and the inlet of the river Zala brought great quantities of food which resulted in the team Jet Fish catching fish after fish and moving up into the Top 4.  We will never forget the fourth day of the VIII. IBCC. From a spot, which so far has never been a popular one, at Club Tihany, the Carpteam Gesa Tirol managed to net a flawless common carp of 30.25 kg with a feeding zone near the shore, approx. 140 m out. 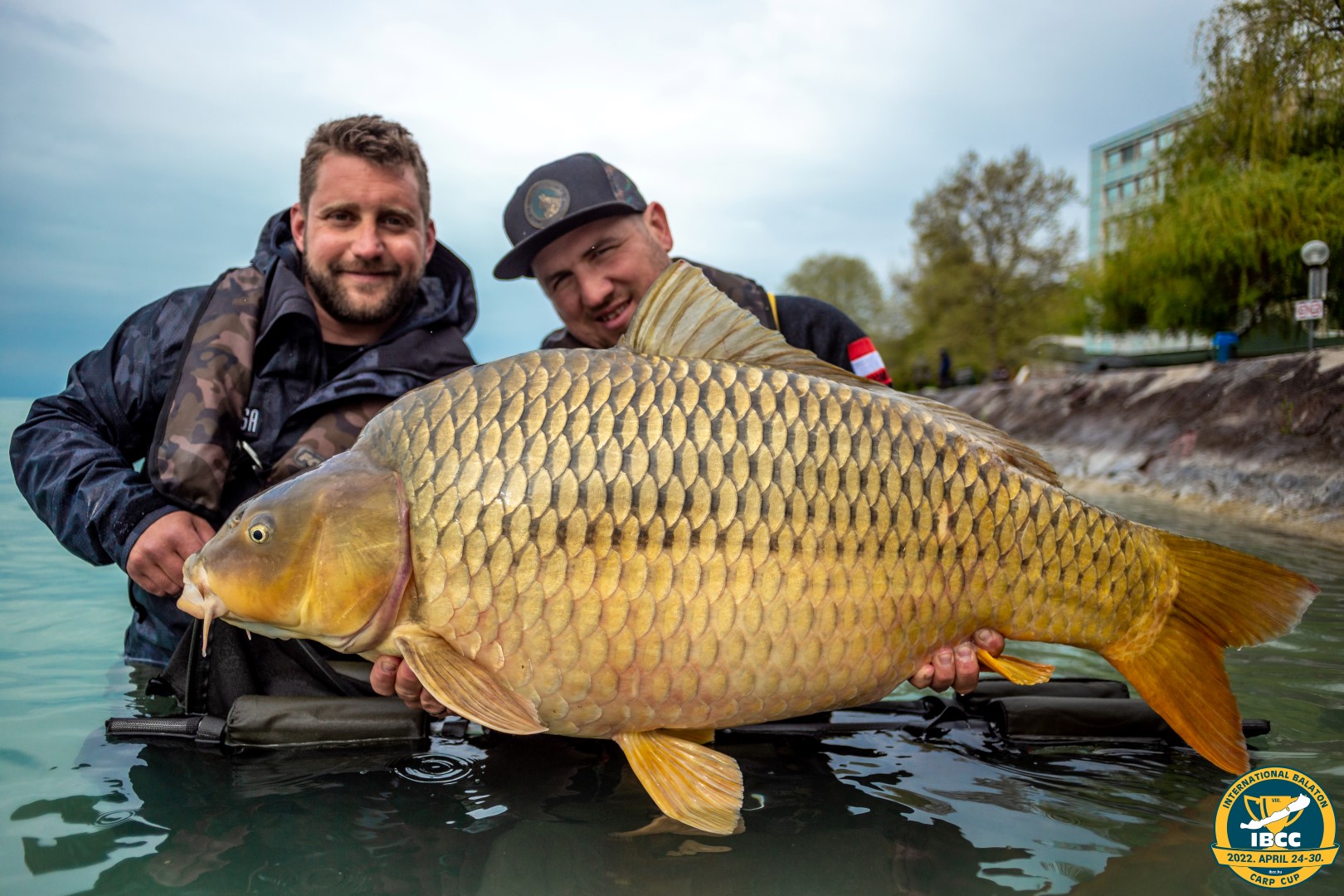 The real story however happened a few hours later, when the VMFISHING team caught a lake and competition record from Siófok, the Golden shore. This middle-aged, healthy specimen weighed 32.37 kg and it was the biggest common carp of the VIII. IBCC. 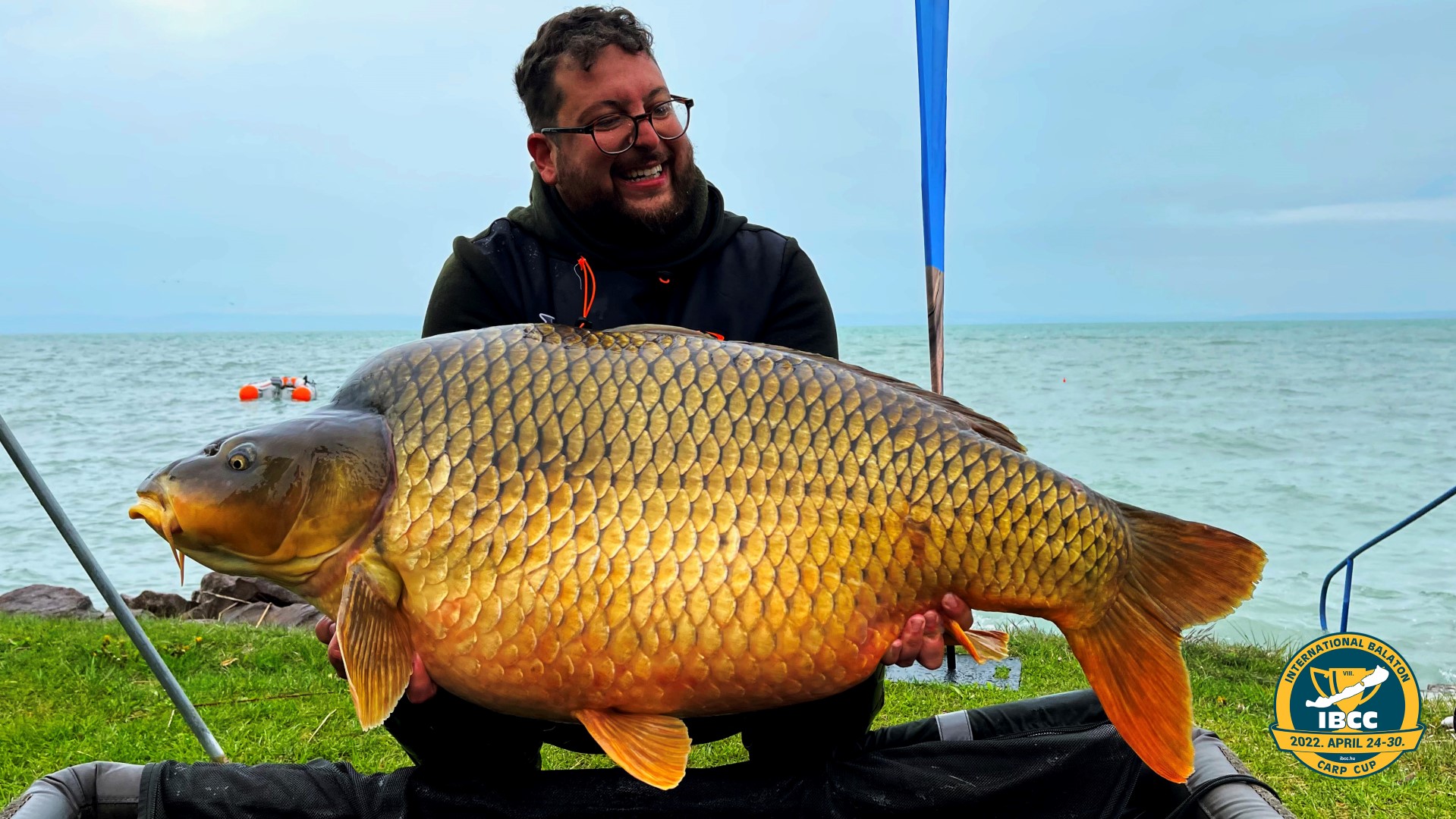 Surprisingly the middle part of the southern shore and the shore section around Fonyód, which is regarded as a favourite section, did not live up to the expected results, the fish were simply somewhere else at this time of the year. The top 10 positions on the northern and southern shore of the western area were stable and the same can be said about the spots in the east. On the fifth day we surpassed 20 tons, and VMFISHING with another 29 kg catch stabilized their lead in the TOP 5 category with an average weight of 21 kg, but the other team with a 30+ kg carp could still have had their say with other bigger specimens. 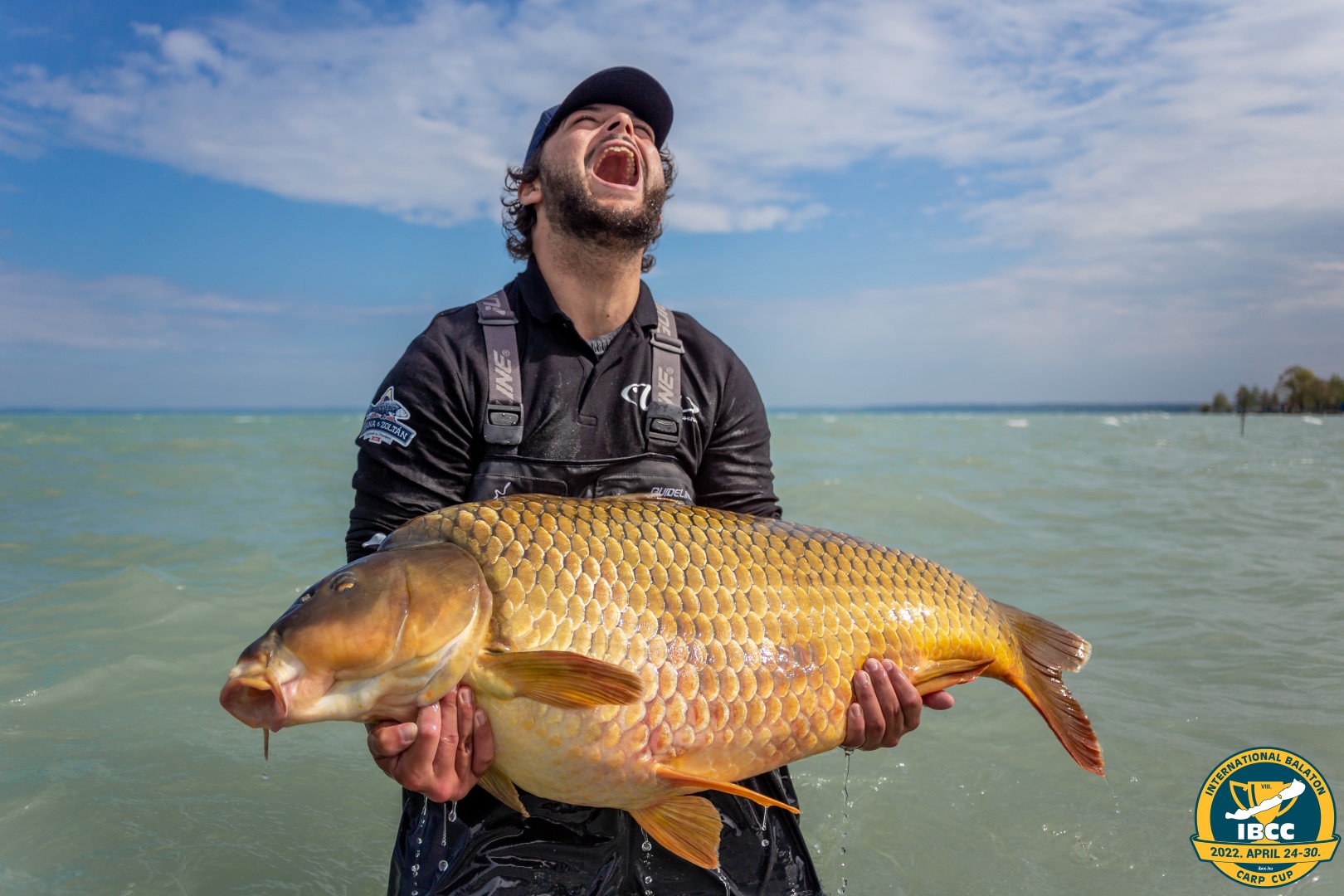 On the sixth day in the afternoon in the Eastern basin (Balatonfűzfő) the team Mikbaits & Avid Carp caught a flawless 25.7 kg mirror carp and thus they caught the biggest mirror carp of the competition. Nearing the last 24 hours of the competition the teams fishing in the Eastern and the Western basins fought a very tight battle with a lot of happy and heavy, trying and tiring moments and this is not merely a figure of speech. 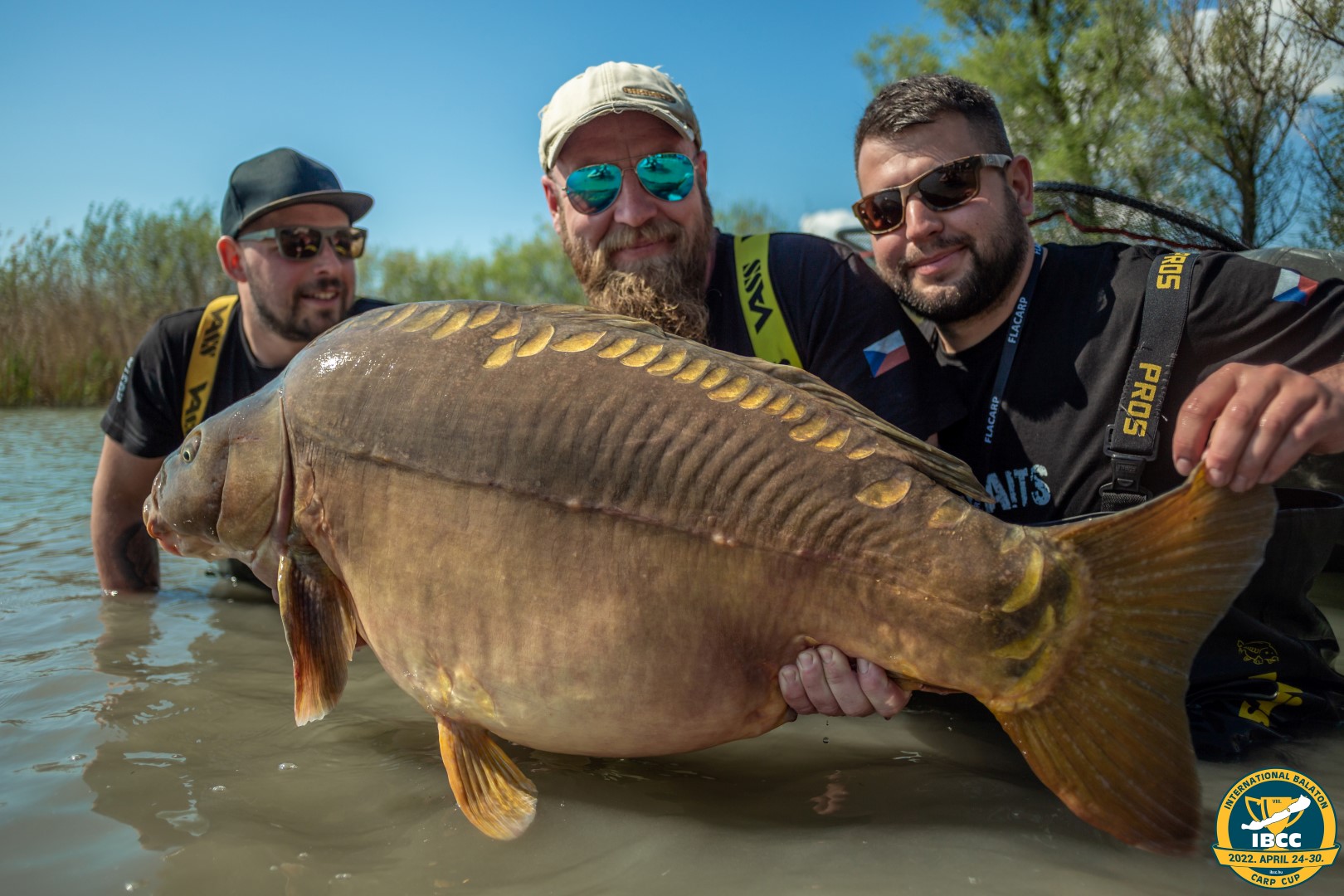 On April 30, the VIII. IBCC closed its gates. We can say that so far this was the most exciting competition, full of surprises, it is enough to think of the Eastern basin. The competition of the most carps over 5 kg has been won by Kerio Baits from Alsóőrs with a very solid performance and 845.49 kg, the second place went to the Trakker team fishing in Balatonszepezd and catching 606.37 kg, and third came the Carp Riders team fishing on the beach in Csopak. 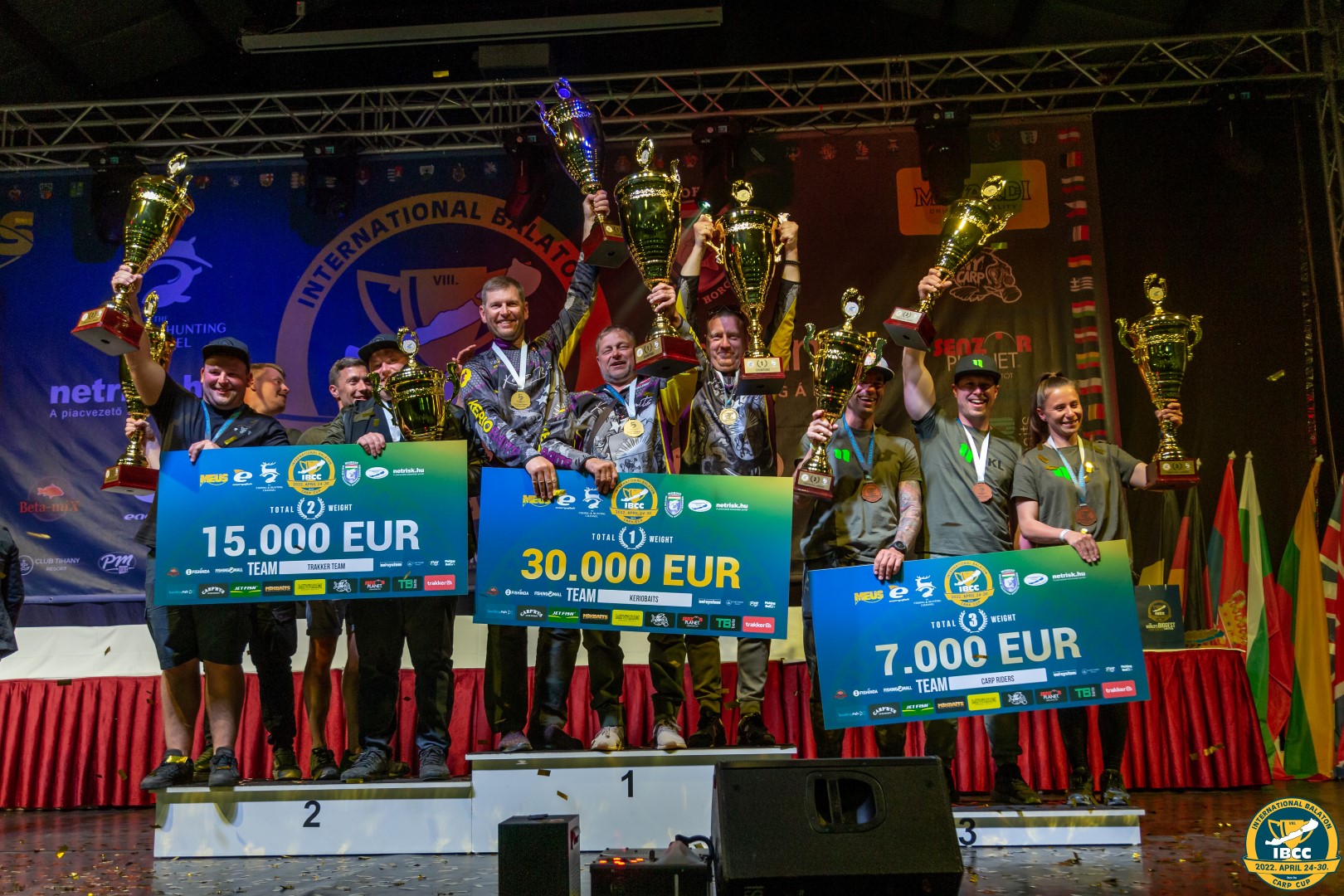 In the category of the 5 biggest fish, the team VMFISHING won with a total weight of 108.67 kg, an average of almost 22 kg, the Carpteam Gesa Tirol team came second from Tihany with 101.87 kg and third came the Sirius Mivardi team from Balatonmáriafürdő with 92.80 kg. 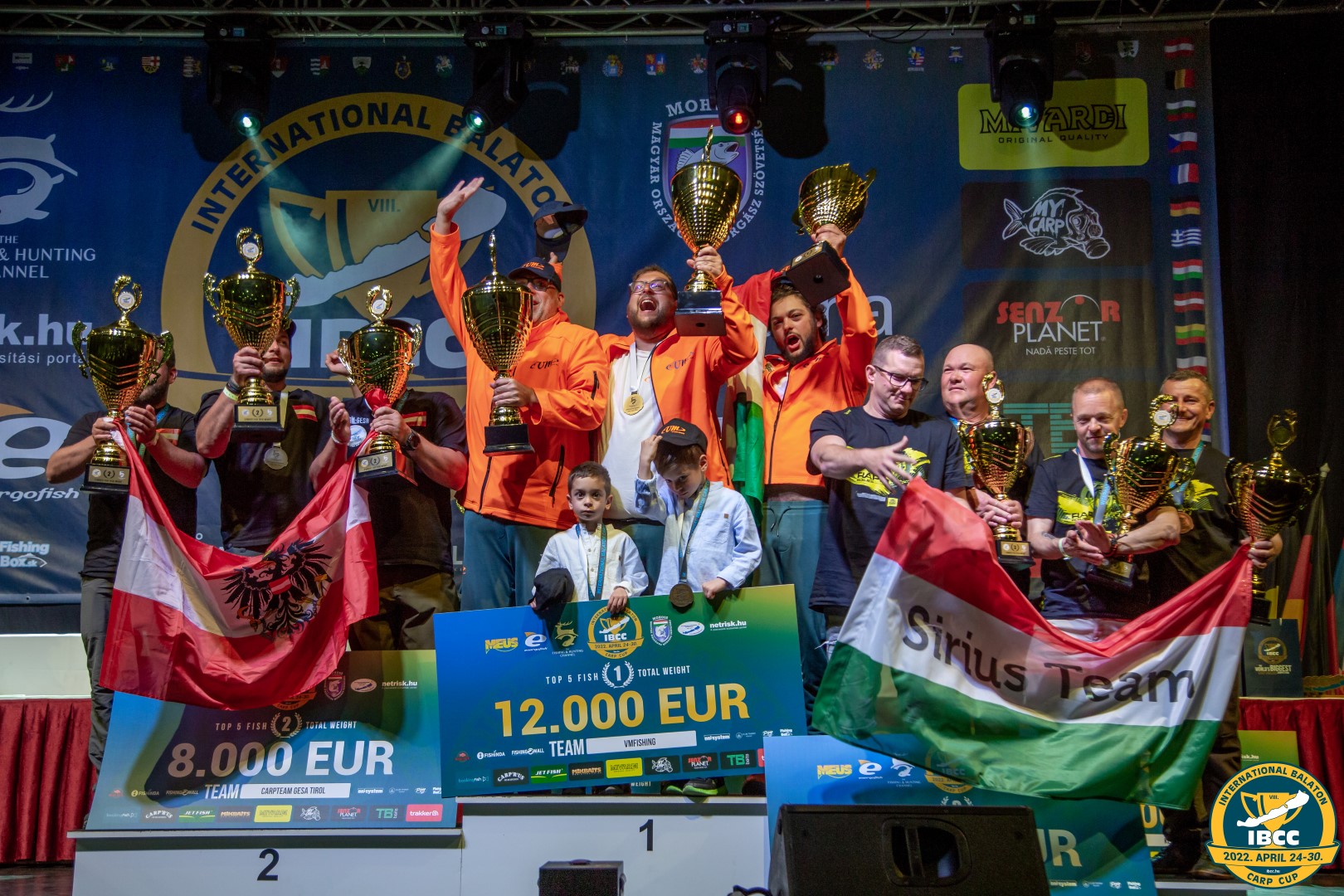 It was a spectacular, exciting and eventful competition and next year we expect further records from the touristic jewel of Hungary, Lake Balaton. 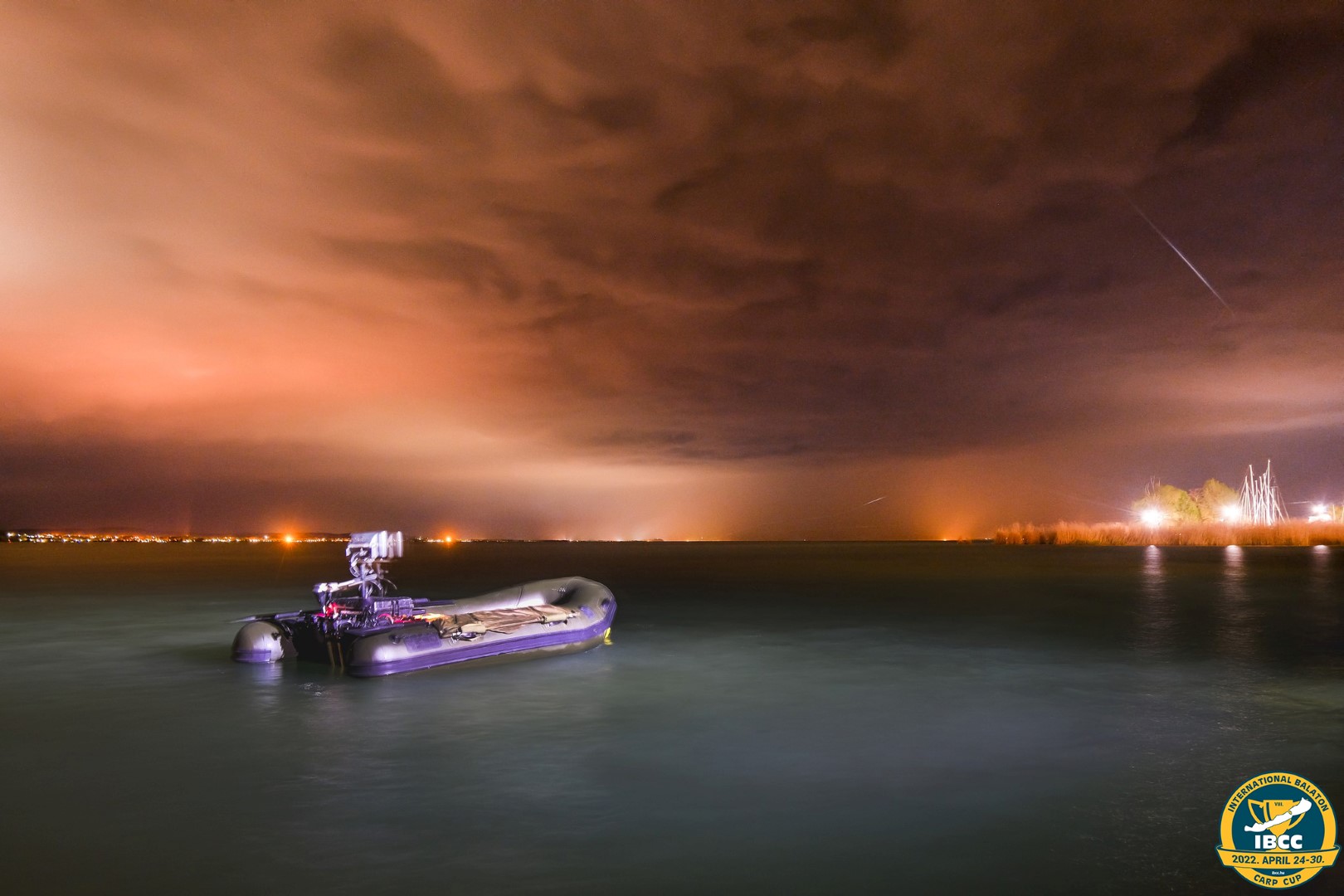 Attention! The IBCC moves to a new place! In 2023 we will hold the opening and the closing ceremony of the IBCC in the Kiss Szilárd Arena in Siófok (Szekrényessy......

Information about the changes

Dear Competitors!  There is not much time left until the start of the XI. IBCC. We send you now some important information regarding the modification of the team’s......

In 2023, Nikl – Carp Specialist is again proud sponsor of the large carp races organized by the IBCC on the mighty lake Balaton. The lake itself is a monumental......

Meus is a polish company that deals with making fishing baits and groundbaits. It was started in 2008 and it has been operating continuously on the European market......

SURE CATCH - BETA-MIX  Because with us you can catch 2x as many fish! But why exactly? Because we do not only say that our products are catchy, but we also actually......

Dear competitors! Time is running and now it is only five more months until to the start of the IX. IBCC! The registration list is full, the teams are very excited......

Szükséges Always Enabled
Ezek a sütik feltétlenül szükségesek az oldal működéséhez. Ebbe a kategóriába azok a sütik tartoznak, amelyek az oldal alapvető funkcióinak működését biztosítják. Ezek a sütik nem tárolnak személyes információt.
Nem szükséges
Any cookies that may not be particularly necessary for the website to function and is used specifically to collect user personal data via analytics, ads, other embedded contents are termed as non-necessary cookies. It is mandatory to procure user consent prior to running these cookies on your website.
SAVE & ACCEPT